It’s Okay to Make a Mistake

We watch a lot of movies at our house. I mean, as a film major David knows everything — he knows which movies we’ll want to see, what the reviews say, the IMDB rating, and quite possibly how they all end too.

David and I both have our favorites, as does Chelsea. In fact we watched Wreck-It Ralph for the hundredth time in a row this afternoon. Good thing I like it too!

We just got past the part where Ralph climbs the tower in Hero’s Duty and (spoiler!) accidentally steps on one of the cy-bug’s eggs. It, of course, hatches a dangerous cy-bug, which makes all the other eggs hatch, and it all just goes crazy. 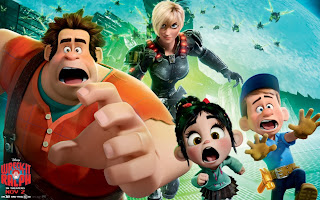 I found myself thinking (just as he’s about to step on the egg), “Ralph! Be careful! Don’t step on the egg and you won’t have to go through hell for the next 90 minutes!”

And then, “Oh wait. Then there’s no movie for me to watch.” And I really don’t want to watch Ralph just get beat up for a couple hours and nothing changes…

How often do you do this? Me — all the time.

“Harry! There’s a three-headed dog in there; watch out!”
“Don’t put on the ring Frodo!”
“Just ignore them Kirk–they’re not worth your time..”
“Hey Emperor, is your groove really that important…?”

But seriously, more than the fact that there wouldn’t be a movie, that character’s story and their life would be so unimportant!

Harry wouldn’t have defeated Voldemort. Frodo wouldn’t have taken the ring to Mt. Doom. Kirk wouldn’t have joined the fleet and saved the universe. Emperor Kuzco never would have found out how important the people around him were. Ralph wouldn’t have saved Vanellope, helped characters whose games were disconnected, or figured out what it really meant to be a hero.

So, remember what started all of this adventure? Something stupid, a mistake.

Maybe we aren’t going to save the world, and maybe we aren’t in charge of anything big. But you are you. God made each one of us unique and gave us an amazing story to live out where we will be important in someone’s life. We have to take risks, and we might mess up.

I hate being embarrassed, wrong, or incapable. I’m working on that though…mostly at home with David. He’s the one I hurt the most by “needing” to be able to do everything perfectly and not be told I’m wrong. After all, by taking risks, screwing up, and living through it I am going to find the most amazing friends and do the most amazing things.

So where are you going to take a risk? What is someone going to want to tell you not to do because you might make a mistake?

Need some help? Here are some places I’ve been looking to as I figure out what a young mom is supposed to do with her life:

Now go & do it. Take a risk, and don’t be afraid of your mistakes. I’ll love you for it; so will you. 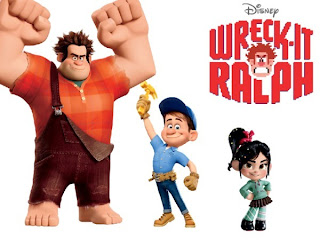