So let’s say you have this thing that you like but no one knows about it. Maybe more than ‘like’–you’re really passionate about it. Let’s say this thing is just about the most amazing thing you’ve ever seen/read/heard/attended and you think that everyone (everyone), no really, everyone (EVERYONE) needs to see/read/hear/attend this.

Of course when you tweet about it no one pays attention.

“But this will totally change your world!” you say. “Oh?” we think. “Maybe,” we respond.

Maybe??! Not really the response you were looking for. So now you half-heartedly tweet again, or maybe Facebook it because different people will see it. And then it’s gone. You were passionate, but no one cares so you probably shouldn’t waste your time and try hard anymore.

I don’t know about you, but I follow a lot of people on Twitter who have that ‘kick-you-in-the-butt-why-aren’t-you-awake-yet-it’s-already-5am’ thing going. What I’m saying is that what I’m about to tell you isn’t new. It isn’t a revelation to our world. I just wanted to write about it and ‘kick-you-in-the-butt-why-aren’t-you-awake-yet-it’s-already-5am’ in my own way.

First, what are you passionate about?

I like music, movies, family, animals, reading, and castles. I’m obsessed with Harry Potter (I go through phases where everything is Harry Potter–yes, I know I’m 25 #NerdAlert), I’m completely in love with Lord of the Rings and The Hobbit, and my favorite composer is Michael Giacchino.

None of these is what I’m passionate about though. See, I think passion shows itself when there is a need. Has anyone seen the movie John Carter? I did, and I totally loved it. It’s sci-fi (which I like) and I went to see it in the theater because David told me I’d like it. Turns out, there’s a reason I really had no clue what this movie was prior to watching it. 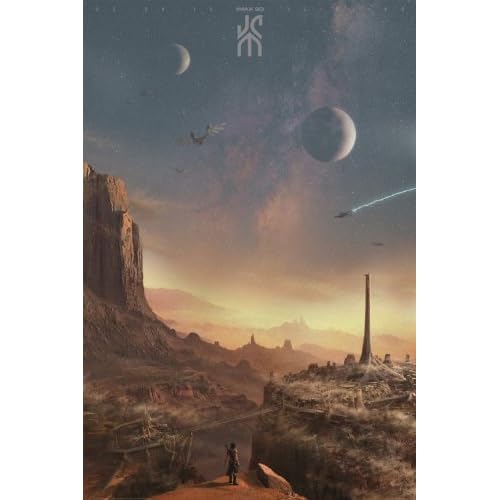 I just finished reading John Carter and the Gods of Hollywood. It’s about how a lot of amazing creative talent went into this movie, but it wasn’t supported or given the marketing attention it’s large budget and relatively unknown story needed; and therefore it is now called the “biggest movie flop of all time.”

A Princess of Mars, the book by Edgar Rice Burroughs that John Carter is based on, is now over 100 years old and influenced many sci-fi movies that we know today. For example: Star Wars, Avatar, and The Prince of Persia. But John Carter came after these movies and the marketing hurt the movie’s reputation rather than helping, so critics saw it as a complete waste of money.

In this book, John Carter and the Gods of Hollywood, the author talks about the one thing that went right in the marketing: the fans. There are E.R. Burroughs fans out there, and they supported the movie all the way through production because they were excited to see this classic book get put on the big screen. It wasn’t until they saw how much it was failing that they decided that they needed to do something about it:

This quote from the book really says what I’m trying to describe now:

“In Hollywood, ninety percent of all films do not simply coalesce — they happen because someone becomes a champion of a particular project and fights for it, sometimes for years – sometimes for decades. Usually it is a lonely struggle behind the scenes by an individual filmmaker, perhaps with a few key associates, who carries the argument forward, refuses to take ‘no’ for an answer, and eventually prevails.” (Michael Sellers, John Carter and the Gods of Hollywood)

Ninety percent. How many things that you’re passionate about do you do nothing about? I sure hope pent-up passion doesn’t have the same side effects as pent-up anger.

What do we do now?

1. Don’t give up. Keep talking about it. There are others out there who are passionate about it, and you can influence new passions too.
2. Don’t just blab about about it–post other things like articles from others or pictures of puppies.
3. Be nice, and respect other people’s passions.

I’m passionate about our ability to make a difference in the community. And I’m going to tell you about it.